It's easy to make mistakes when it comes to buying food. (Even the most seasoned nutrition mavens, who should know better, occasionally screw up.) Maybe you didn't notice that the reduced-fat peanut butter has as many calories as (and more sugar than) the regular. Or that you typically fill your bowl with not one, but two 200-calorie servings of cereal. Or that you would never touch Wonder bread but can't resist a crusty (white flour) baguette. It's not just that we’re too harried or rushed to pay attention to details while shopping. Often the food industry uses (sometimes subtle) tricks to make a sale. Selling is its job, after all. Here are 10 food goofs you need never make again.

It's there, right next to the coffee in virtually every office and many kitchens: a fatfree coffee creamer like Nestlé's Original Fat Free Coffee-mate. According to the label, it's "cholesterol free," "lactose free," "gluten-free," and has "0 g trans fat." According to the Nutrition Facts on the back, it has only 10 calories and no fat, cholesterol, sodium, or sugar.

With all those rosy promises, who could blame you for not checking the ingredients. If you did, you might wonder how a food that consists largely of corn syrup solids and oils (partially hydrogenated coconut or palm kernel or hydrogenated soybean) could have no sugar or fat.

In fact, Original Fat Free Coffee-mate has both. It's just that the serving size on the Nutrition Facts label is only one (level) teaspoon. The sugar and fat round down to zero because a teaspoon of Coffee-mate has less than half a gram of each. That’s the Food and Drug Administration’s magic rule.

Of course, many people use far more than a level teaspoon of powdered creamer to whiten even a small cup of coffee. Most folks simply turn over the container and pour. In fact, the directions say "Pour or spoon Coffee-mate into prepared coffee, tea, or cocoa. Stir and enjoy!"

"Now, new research at Oregon Health & Science University demonstrates that the brain—which serves as a master control for body weight—reacts differently to fructose compared with another common sweetener, glucose," said the OHSU press release in February. 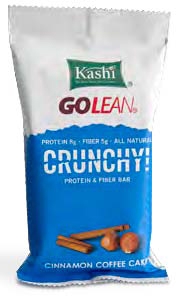 "High fructose corn syrup has become the sweetener most commonly added to processed foods," it noted, adding that "Many dietary experts believe this increase directly correlates to the nation's growing obesity epidemic."

No wonder shoppers are confused. Even some institutions of higher education don’t seem to know that high-fructose corn syrup (HFCS) isn’t pure fructose.

So if anyone wants to say that fructose caused the obesity epidemic, regular sugar deserves just as much blame. As do evaporated cane juice and honey (which are also half fructose), brown rice syrup, agave nectar, barley malt syrup, and juice concentrates.

What’s more, some people who avoid HFCS also avoid foods that raise blood sugar levels— that is, foods with a high glycemic index. Guess what? Fructose has a low glycemic index. Glucose has the highest. (Table sugar and HFCS are in the middle.)

Bottom line: Fructose raises harmful triglycerides more than other sugars do (see Nutrition Action, Jan./Feb. 2010, cover story). But most sweeteners are about half fructose and half glucose, so it’s smart to minimize all sugars, not just HFCS.

3. I look for the most servings of fruits or vegetables.

"A full serving of vegetables in every bowl," promises Chef Boyardee, whose ads show parents desperately trying to keep their kids from finding out.

Each serving of the salt-laden whiteflour pasta has a serving of vegetables because it contains a half cup of "tomatoes" (tomato purée plus water, actually). Big deal. Yet labels or ads touting the number of servings of fruit or vegetables must be impressing some consumers, because the claims are proliferating.

Take Bolthouse Farms beverages (which are often found in the produce aisle). "3¾ servings fruit per bottle," says the label of the 15 oz. Blue Goodness Fruit Smoothie. (Goof alert: the label’s Nutrition Facts apply to just half the bottle, so don’t think that you’re spending 170 calories to get those 3¾ servings. You’re really spending 340.)

The catch: the label pictures the "goodness" in each bottle: 31 blueberries, 1¼ blackberries, 1 banana, 3¾ apples, and ¼ lemon.

All for just $4. "The possibilities are wide open," says Denny's Web site. They're wide, all right.

Looking for fruits and vegetables? Buy them whole (fresh or frozen), not as ingredients in juices, tomato sauce, chips, crackers, or other processed foods.

Think you’re buying lean meat or poultry? It's hard to know, since many packages of fresh beef or pork have no Nutrition Facts labels. And posters (if your store has them) often give numbers for a puny 3 oz. serving of beef or pork that’s been trimmed by scalpel-wielding technicians. 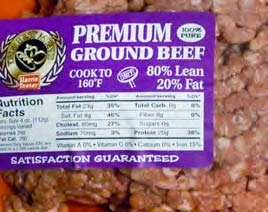 Ground beef, pork, turkey, or chicken packages usually do have Nutrition Facts, which are supposed to keep people from being misled by claims like "80% Lean/ 20% Fat."

The fattiest ground beef you can buy is 70% lean. Even ground beef that’s 85% lean has 5 grams of saturated fat—a quarter of a day’s worth—in a 3 oz. cooked serving.

The industry doesn't mind slapping some Nutrition Facts on the package because most people don't look past the "85% Lean." Don’t let that fool you. 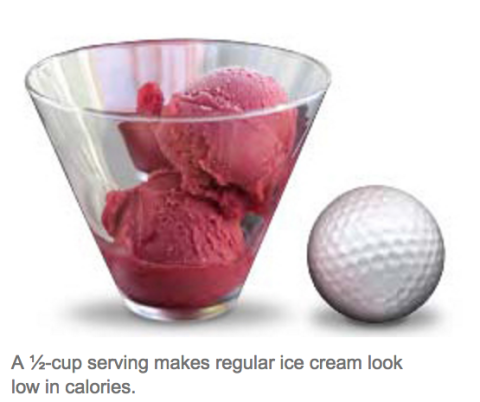 Your ice cream has just 150 calories. Your hummus has just 70. And your beef eye of round has just 180. Not too bad...if that’s what you actually eat.

The serving sizes on the Nutrition Facts labels—which are largely set by the Food and Drug Administration—are unrealistically small for many foods. And that makes the calories, saturated fat, sodium, sugar, and other nutrients look unrealistically good. For example:

Now vitamins are also being added to cereal bars, energy and granola bars, and sugary drinks for adults.

And we keep falling for it.

The perfect example: Glacéau Vitaminwater. Without vitamins, the line of "nutrient enhanced water beverages" would be, well, water. (Of course, Vitaminwater's owner, Coca-Cola, has that market covered with Dasani.)

7. It’s okay to judge a food by its reputation. 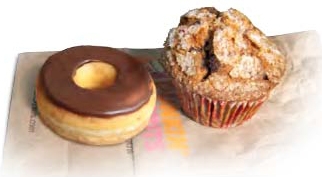 Face it. We think of some foods as healthy—or at least acceptable—even though they’re no better than foods we would never touch. A few examples:

Do you eat white bread? No way. How about a crusty French baguette? Hmmm. 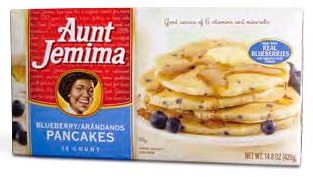 "Natural." "Made with Real Fruit." You see those and similar words on labels all the time. What you may not realize is that they're part of a code that the food industry and the FDA have agreed on. Sometimes, the label explains the code in tiny type. Most of the time, you’re just supposed to know. Here’s a decoder:

Calories don't count if you eat standing up, you eat off someone else's plate, you're just straightening the edges of a pie or cake, the refrigerator door is still open, or you eat really quickly. Or so we'd like to believe.

But even reality-oriented shoppers sometimes fool themselves. A case in point: toppings for frozen yogurt. 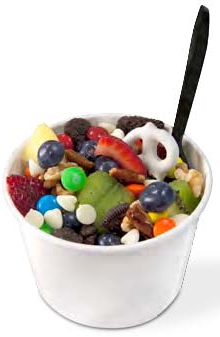 Let's say you start with just 200 to 300 calories' worth of frozen yogurt. (That's a medium or regular at places like Red Mango, Pinkberry, or TCBY.)

Ever watch people add toppings to their frozen yogurt from a pay-by-the-ounce extras bar? Their waistlines might be better off with a 200-calorie single scoop of chocolate ice cream from the local Ben & Jerry's.

It's not just frozen yogurt. Some people feel so virtuous for ordering a salad that they don't notice the calories in the croutons (170), tortilla or wonton strips (140), cheese (100), bacon (60), and salad dressing (100 to 300). And that's without the bread that comes with the salad…which doesn’t count, of course.

10. All organic foods are good for you. 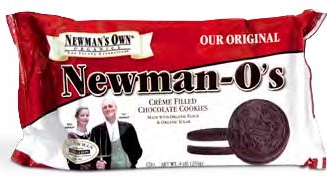 Recently, University of Michigan researchers showed 114 students a label from either ordinary Oreos or (fictitious) Oreos "made with organic flour and sugar." Then the researchers asked: "Compared to other cookie brands, do you think that 1 serving of these Oreo cookies contains fewer calories or more calories?" Sure enough, the students were more likely to think that the organic Oreos had fewer calories.

In a second experiment, students were asked about Susie, a hypothetical 20-year-old sorority member who was trying to lose weight. "Would it be ok for her to skip her usual three-mile run after dinner to spend more time on schoolwork?" the students were asked.

The participants were more likely to say "yes" when told that Susie's dinner (roasted vegetables over brown rice) had finished with a small bowl of organic ice cream or an organic cookie than if the desserts were not described as organic.

An organic food (or its ingredients) is grown without pesticides, antibiotics, or growth hormones. That's admirable, but it doesn't automatically make it a health food.