The question to ask when buying fish for dinner When you walk into a store and say, for example, “I want cod,” you’ll get whatever cod is available, from wherever, says Barton Seaver. 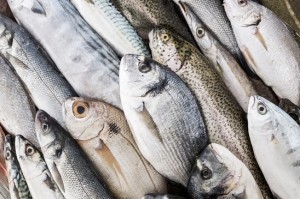 But if instead you say, “I want whatever seafood is freshest and best fits my budget,” you’ll get a better piece of fish, because you’re asking for quality, not for a species.

Seaver is director of the Healthy and Sustainable Food Program at the Center for Health and the Global Environment at the Harvard School of Public Health and serves as Senior Advisor in Sustainable Seafood Innovations at the University of New England.

“In America, we eat about  16 pounds of seafood per person per year. And about 95 percent of that comes from only  ten species. And three of them—salmon, shrimp, and tuna—account for more than 60 percent of our seafood consumption,” Seaver explains.

Not the only fish in the sea

In American fisheries alone, there are hundreds of available commercial species, yet we eat only  ten. We have the most robust fishery management in the world, but we do not take best advantage of what the oceans can provide, Seaver contends. 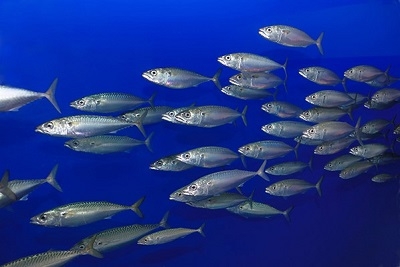 “When a cod net is drawn back into a fishing boat, up with it comes pollock, cusk, ling, whitefish, dogfish, monkfish, wolffish, you name it. Yet when that fisherman goes back to the dock, only the cod commands a high price,” he says.

None of those other species are commercially valuable. In fact, many of them are money-losers because of the ice, the labor, the gas, the space in the hold, and all the expenditures that go into catching the fish. So it often goes overboard dead.

“By some estimates, 30 to 40 percent of all that is captured is unwanted by-catch, meaning that about a third of all seafood caught is tossed overboard dead, bringing no benefit to humans. In some fisheries, up to  10 pounds of seafood are discarded for every pound of fish that is caught,” notes Seaver.

Each of those discarded species is equally profitable for sustaining the human body, even if they’re not profitable to the industry.

A better way of cooking

“Each of those unfamiliar species is absolutely delicious when treated as it should be,” says Seaver. But if you cook different types of fish like bluefin tuna and cod the same way, you are not going to get the same result.

Cooking similar fish like cod and dogfish and wolffish and monkfish and pollock and haddock and hake and cusk is not all that different, he notes.

“My favorite way to cook those fish is to just turn the oven to 275 degrees, lightly salt and oil the fillet with olive oil, and throw it in.”

Your fish is going to take 25 minutes to cook. But you’ll get all of that succulent meat, with all of the moisture and richness in the fish, instead of having it dried out by high heat, Seaver says.

A fish like cod is king and commands a high price. But if you put cod in the category of “flaky white fish,” it has a whole host of company, advises Seaver. You can then find the most-available, freshest, best-priced species of “flaky white fish” and then cook it simply.

Find this article about seafood interesting and useful? Nutrition Action Healthletter subscribers regularly get sound, timely information about staying healthy with diet and exercise, delicious recipes, and detailed analyses of the healthy and unhealthy foods in supermarkets and restaurants. If you’re not already subscribing to the world’s most popular nutrition newsletter, click here to join hundreds of thousands of fellow health-minded consumers.