One in three overweight or obese Americans say that they take supplements to lose weight. Odds are, they're wasting their money.

"The results are probably less than what they were expecting," says Melinda Manore, a nutrition and exercise researcher at Oregon State University in Corvallis. Most weight-loss supplements don't help at all, while a few may lead to the loss of an extra pound or two per month...at least for the first few months. But most studies do little or no follow-up to see what happens later. Here's what researchers know about which ingredients work and which don't.

What is it? Hoodia is a South African plant that hunters traditionally ate to suppress their appetite on long trips in the Kalahari Desert.

How it "works": Hoodia reduces food cravings, so you eat less.

The evidence: Multinational corporation Unilever bailed out of its $27 million investment in hoodia in 2008. Now that the company has published its clinical trial of the supplement, we know why.

Worse, the hoodia takers suffered more than five times the number of side effects—including headaches, dizziness, nausea, vomiting, fatigue, and gas. And their blood pressure rose 5 to 16 points higher than the placebo takers' during the two weeks.

Bottom line: Hoodia won't help you lose weight and may cause unwelcome side effects.

What is it? Caffeine is the stimulant in coffee, tea, and colas. It's also added to a slew of weight-loss supplements. 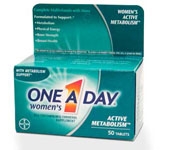 How it "works": Caffeine increases blood levels of epinephrine, a hormone that speeds up the metabolic rate and helps burn fat that the body stores in muscle tissue.

"Despite that, there is little evidence that consuming caffeine leads to significant weight loss or helps people keep weight off," says Oregon State's Melinda Manore.

"Long-time consumers of caffeine may alter their eating habits to compensate for the extra calories burned," notes Manore.

And in the only controlled trial of caffeine for weight loss, 35 obese men and women who followed a reduced-calorie diet and took 200 mg of caffeine every day for six months lost no more weight than 35 similar people who dieted and took a placebo.4 "Caffeine consumers may develop a tolerance to its effects," Manore suggests.

Bottom line: There is not enough evidence to say that caffeine can help you lose weight.

Typical claims: "Reduce pounds of body fat and weight without a change in lifestyle."

What is it? Glucomannan is a soluble dietary fiber and the main ingredient in Lipozene, a weight-loss supplement that has been advertised on TV for years.

How it "works": Glucomannan swells up with water in the stomach. That makes people feel full, which leads them to eat less.

The evidence: Two published studies have tested glucomannan in dieters who were consuming 1,200 calories a day. (The typical American eats 1,500 to 2,750 calories a day, depending on sex and age.) Those who took 1.5 to 4 grams a day of glucomannan before meals lost three to four more pounds over five to eight weeks than those who took a placebo.1 But in seven other studies where the participants didn't cut their calories, glucomannan had no effect on weight. So much for no change in lifestyle needed.

Bottom line: Taking glucomannan before every meal may help you lose a few extra pounds if you're cutting calories.

Warning: Because glucomannan swells up so much, it can cause choking or block the throat, esophagus, or intestines unless it's taken with at least eight ounces of water or other fluid. Never take glucomannan immediately before going to bed.

What is it? Typically EGCG, the most abundant antioxidant in green tea.

How it "works": EGCG prevents the breakdown of the hormone and neurotransmitter norepinephrine, which leads to increased calorie burning, especially of fat.

The evidence: Most long-term studies are disappointing.

A meta-analysis of six weight-loss trials studied a total of about 260 mostly overweight or obese men and women who took an average of 520 milligrams of EGCG (or similar compounds from green tea) plus about 120 mg of caffeine every day for roughly three months. (An 8 oz. cup of brewed green tea contains about 200 mg of EGCG and 45 mg of caffeine.)

Overall, the participants lost an average of one pound more than similar people who got a placebo.1 "The changes observed are not likely clinically relevant," wrote the authors.

Bottom line: "EGCG combined with caffeine may have a small effect on weight loss, but it's not clear what the ideal dose is or who is most likely to benefit," says Oregon State's Melinda Manore.

Warning: Worldwide, green tea extracts have "probably" caused at least seven cases—and "possibly" caused another 27 cases—of liver damage, according to the United States Pharmacopeia.2 "Toxicity was more likely to occur if the extracts were taken on an empty stomach," notes Manore.

"Miracle" weight-reducing fruits seem to find a home on the Internet. Here's why you should think twice before picking one of these three:

African mango. Slick ads claim that extracts of this West African fruit, which is rich in soluble fiber, will melt away 10 to 12 pounds in just four weeks without dieting. Only one study has been published that compared an extract of the fruit with a placebo in people trying to lose weight. It was conducted in the African nation of Cameroon by the extract’s inventor and was funded by the patent holder in California.

The striking result: after 10 weeks, extract takers had lost 27 more pounds and three more inches from their waistlines than placebo takers.1 But before starting to pop African mango pills, we'd wait until researchers who don’t have a financial stake in the results test the fruit extract.

Lichi. No studies have looked at whether lichi (or lychee) supplements curb appetite or reduce body fat, as ads in magazines and on the Internet claim.

Açai For more than five years, Internet fraudsters have been shamelessly hawking açai berry pills for easy weight loss. But there are still no published studies showing that açai does anything to help with weight, fat, or muscle.

Not Yet Ready for Prime Time

Chromium picolinate. A new claim that the supplement controls food cravings and appetite is based on one small trial on people who craved sweets. Twenty-one healthy overweight women who took 1,000 micrograms of chromium picolinate every day for eight weeks ate 110 fewer calories at lunch and 140 fewer calories at dinner on the final day of the study than 19 placebo takers.1 But the chromium takers didn't report any less craving for sweets, and longer-term studies show little impact of chromium on weight.2

Conjugated linoleic acid (CLA). CLA supplements, which contain a mixture of unsaturated fats that are made from safflower or other vegetable oil, are "clinically proven to reduce body fat up to 10%," according to the leading CLA manufacturer. But CLA reduced body fat more than a placebo in only two of the five good studies that were conducted during the past five years.3-7 "The effect of CLA is inconsistent, and we don't know why," says researcher Michael McIntosh of the University of North Carolina at Greensboro.