What Can Curcumin Do for You?

Can it boost your brain and memory, relieve your aches and pains, or protect your cells against deterioration, as some supplement companies claim? 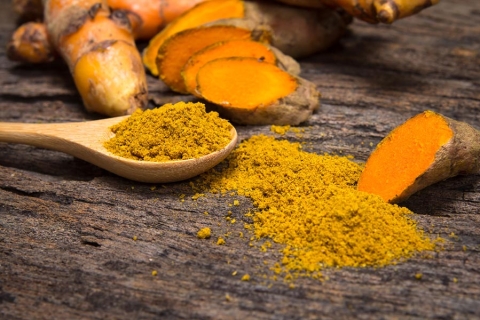 “The big problem with curcumin is that what little we normally absorb is rapidly cleared, so very little reaches our tissues to do much,” explains Gregory Cole, professor of neurology and medicine at UCLA.

That may explain, in part, why so few trials in humans have been successful. For example, even though high doses of curcumin reduced Alzheimer’s plaque in mice, Cole found no evidence that it did the same when he examined the cerebrospinal fluid of 36 Alzheimer’s patients.1

“Maybe that was because we failed to reach blood levels of curcumin that were comparable to the levels we could produce in the mice,” Cole explains.

He—like others—has patented a curcumin formulation that is designed to be better absorbed. And some brands add a black pepper extract that keeps the body from clearing the curcumin too quickly. (The extract “can also interfere with the metabolism of many drugs,” notes Cole.)

But it’s not just whether curcumin is absorbed or retained by the body that matters. In tests this year, consumerlab.com found that some supplements had just one-tenth as much of curcumin’s active ingredients (curcuminoids) in each dose as others. And no one would know that from the labels.

Assuming you can find a supplement that has enough curcumin that your body can absorb or hold on to, what can it do? It’s far too early to tell.

For example, in one study of Cole’s formulation, 30 healthy, cognitively normal adults aged 60 to 85 who took 400 mg a day for a month scored better on only 1 of 10 cognitive tests than 30 similar people who got a placebo. (They were slightly better able to subtract by 3s.)2

However, in another study of the formulation, taking 2,000 mg a day improved blood flow through arteries, which might lower the risk of stroke and heart failure.3

The information in this post first appeared in Nutrition Action Healthletter in June 2017.