Heard the advice to eat yogurt when taking antibiotics?

There’s something else that has better evidence. “Antibiotics seriously disrupt the microbiome for several months before it recovers and returns to its previous state,” notes the University of Washington’s Lynne McFarland. The microbiome is all of the billions of bacteria and other microorganisms living in your intestinal tract.

“My doctor said I should eat yogurt when I am taking my antibiotics,” a patient emailed the website zocdoc.com,which helps consumers find new doctors. “Why did she say I should eat yogurt? Do I really need to?” the patient asked.

Yogurt is made by adding two bacteria (Lactobacillus bulgaricus and Streptococcus thermophilus) to milk. The bacteria break down the milk’s sugar (lactose) into lactic acid, which makes the yogurt more digestible for those with lactose intolerance and gives yogurt its tart flavor. 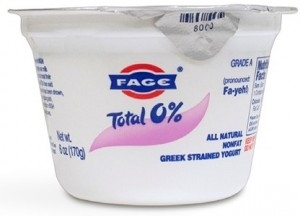 Many people, including doctors, believe that these bacteria also can replenish your gut with healthy bacteria after you take antibiotics. That would make them probiotics. But the evidence suggests otherwise.

Unfortunately, that includes the two yogurt bacteria. “They don’t survive passage through the GI tract, which is essential if they’re going to have a probiotic effect in the large intestine,” says Mary Ellen Sanders, of the International Scientific Association for Probiotics and Prebiotics.

The one study came up empty.

In the only study to look at commercial yogurt in generally healthy people, researchers in the UK gave 118 children and adults strawberry yogurt that contained 1 billion of the yogurt bacteria every day during the week they took an antibiotic and for five days after.  Another 120 got just the antibiotic.

The results: “Eating yogurt while taking antibiotics did not prevent antibiotic-associated diarrhea,” the researchers found. No surprise.

However, among those aged 60 and older, yogurt eaters reported less flatulence and abdominal pain than those who got just the antibiotic. Of course, it’s possible that the yogurt eaters felt better because they expected the yogurt to help.

What else to take?

So, what could help with the diarrhea many people experience when they take antibiotics?

Saccharomyces boulardii. That’s a yeast you can buy as a probiotic dietary supplement. 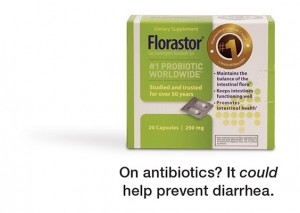 In a meta-analysis that pooled 15 studies, adults taking antibiotics were 52 percent less likely to develop diarrhea if they also tookS. boulardii than if they took a placebo instead. Since S. boulardii is a yeast and not a bacterium, it isn’t killed by antibiotics.

Find this article about yogurt interesting and useful? Nutrition Action Healthletter subscribers regularly get sound, timely information about staying healthy with diet and exercise, delicious recipes, and detailed analyses of the healthy and unhealthy foods in supermarkets and restaurants. If you’re not already subscribing to the world’s most popular nutrition newsletter, click here to join hundreds of thousands of fellow health-minded consumers.